I’ve decided to write this post knowing that one day you’ll be looking back at it reflecting on a life that once was. After years of busting your ass you have finally made it! Congrats!!! Love the black Bentley. Rihanna is a great name for it. The least you could do after making her fall in love with you then breaking her heart. Anyways, you are now ridiculously rich and even more better looking than ever! I can’t believe you are actually married to the hottest model slash actress on the planet with 7 of the most evil little kids who you are shaping into the perfect army of MMA fighters slash mini-bloggers to continue your legacy and assure generations of T dominance. Still can’t get over the fact that t-blawg brought world peace. After it caused both World Wars III & IV. Amazing! Now that you have everything you ever wanted, conquered the entertainment world, family set for life, friends are rich on the company payroll, there are a few things that you are contemplating on doing or not doing and I’m here to tell you what to do!

Do not accept that psycho ex’s friend request on facebook who is only trying to get back into your life now that you made it! Do go to that high school reunion and gloat! Send Megan Fox to voicemail every time! Every time!!! Do not challenge Brock Lesnar to that MMA fight! Do get that Boston skyline tattoo on your back especially now since you own the Prudential building and named it the “T Rules at Life” building! Do not write that Weird Science reboot/remake/sequel for the $50 million they offered you! You are still anti-that shit! And definitely don’t need the money now! Take that other deal and become majority owner of the Bruins! They still haven’t won the cup in over 50 years but maybe, possibly will with you as their owner. Yeah right. I love that you named our kids Primo, Awesome-O, Baby Tom Brady, TT (T Two), Charlie The Wildcard, Costanza and Mila Kunis Jr. Your wife signed the pre-nup. The deal was she gets 4 houses and $10 mil up front and you name the kids whatever the hell you want! Do not change those fucking names T!!!

Again, congrats. You deserve it. I deserve it. We made it. And nothing says we made it better than that giant mural of us giving the world the finger painted on the moon! You know you got those astronauts fired for that shit right? Hahaha! Classic us! 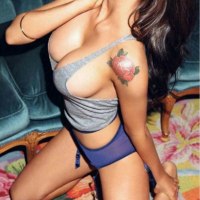