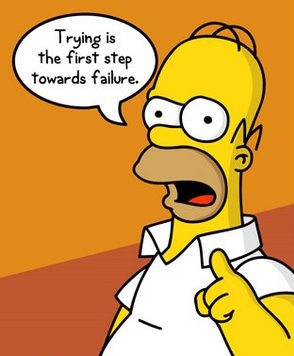 What I’ve discovered in life goes like this. As a kid, you learn about the world. As a teenager, you think you know everything about the world. In your 20s, you realize you don’t know shit about anything. In your 30s…well I’m just starting here and I’m in that comfortable spot where I know who I am. And I think that’s the most important lesson to learn. In my life, even as a little kid, I had to figure out a lot on my own. That’s the hand I was dealt. Seven deuce off suit and I’ve played that shit like pocket aces baby. And I’ve learned a lot. In no particular order, here are the top 10 greatest life lessons I’ve learned. So far.

Honesty-“Speak Your Mind at all Times”
Jay-Z once said “A closed mouth don’t get fed”. Very true. I speak my mind. Hell, look at this blog! I put it out there. I don’t lie. My honesty has actually worked against me a few times in life. But I could look myself in the eye and still hold my head up when I fucked up. A lot of people can’t say that.

Chivalry-“Treat a Woman Like a Woman”
I owe this one growing up with my mother and sister having such an impact on my life I guess. How to treat a woman like a woman. Now my boys and I were also punks and learned how to treat a ho like a ho. While there will always be “can’t turn a ho into a housewife” and “if you pay like you weigh you can stay baybay” for the hos. There will always be pulling chairs out; holding doors open; telling a woman she looks beautiful when she needs to hear it; always picking up the bill; and old-fashioned walking on the outside so a car hits you first for women. Chivalry isn’t dead ladies. We just hold on to it for the ones that matter most. Well at least I do. Seriously.

Loyalty-“Your Friends Can Surprise You”
Some of my friends growing up weren’t the best of men looking in from the outside but they were loyal. I was loyal. When I needed my boys during some rough times, they were always there. The biggest, baddest dudes I knew. When the world handed me my ass, they were there to pick me up, dust me off and say “Get back at it T”. Growing up in a city and family where you stay loyal to each other is something I carried over into my adult life. Into relationships and business. I am fiercely loyal to the people I care about. If you know any of them. Ask them. They’ll tell you. And that is something you need in life.

Telling the People You Care About You Love Them -“Sometimes Just Showing it isn’t Enough”
Shit I grew up in a family where we hardly ever said “I love you”. We were loved and showed it but never really said it. I don’t know why. It wasn’t until my first niece was born that I noticed myself telling her and other people I cared about that I loved them. A real man can say it. And being drunk doesn’t count! Even though I still have a hard time saying it to the women I get involved with. What? A knock on the arm and a “back at ya babe” isn’t enough ladies??? I joke, I joke! I keed! I keed!

How to Fight-“Only When You Have No Other Option”
I’ve had my fair share of fights. I got the scars to show for it. Now that I actually train in different forms of fighting I’ve learned not to fight. Fighting sucks. It feels good beating somebody down sometimes yes. But the older you get the more you have to lose from a single 2 minute fight that could impact your entire future. Walk away. Walk away. Until you can’t walk away. Just be ready for what happens after the fight.

Getting my Heart Broken-“Painful But Necessary”
Handling physical pain? No problem. Mental toughness? Got it locked. Handling a situation with my brain instead of my emotions? Absolutely. Having my heart broken by a chick you thought you knew and loved and would do anything for??? Worst. Fucking. Pain. Ever. Son of a bitch! It fucks with you in every way possible. You actually feel your heart falling out of you and then your mind goes away for a while. You start to question everything about yourself. And then your boys and a trip to Vegas temporarily eases the pain. Until you come home. And then the deep depression kicks in. But then you come back. Stronger. And realize what kind of man you really are. You need it to happen in life. Get your heart broken. And break a heart. Learn from it.

Respect for Money-“You Appreciate It More When You Don’t Have It”
I never understood the people in my life who gambled growing up. We hardly had any money yet they would still gamble the little we had away. That stayed with me! Besides the occasional Vegas trip or Foxwoods run, I don’t gamble. Not on games. Not on horses. Not on the lottery. And I’m a great card player. And I make a great living. I just respect money too much to piss it away. I rather do something nice for somebody with it. Or put into my business. Or treat myself. Money isn’t everything. But you better fucking respect it. Because when you don’t have it, you’ll understand why.

How to Write-“My Gift and My Curse”
I knew that I could write when I was in the third grade and instead of doing the assigned book reports, I would make up my own books, characters, authors and give book reports on them. My teacher wasn’t happy but was impressed. She told my mother who was also impressed. Then I turned that into journalism. More creative writing. Screenplays. Business plans. And even blogging. More of a curse. Because blogging isn’t writing. No structure really. Just thoughts on a screen. But I love writing. And it takes up a lot of my time. Some people don’t like that. I get it. But I have to write. And I know they love it too when they see the money from it.

Self Dependence-“It’s a Great Feeling When You Surprise Yourself”
I’ve always depended on myself. Always. Had no other choice. Plus I’m stubborn as fuck and only really trust a few people. But being independent has gotten me into and out of some awesome, scary, downright evil insane situations. I can now say “Holy shit! I can’t believe I got out of that one!” Rely on yourself. You will surprise yourself. Self worth is something only you will know about yourself and your salary and the people in your life can never tell you what that really is.

How to Laugh at Myself-“If You Can Laugh at Yourself, You Can Laugh at Anything”
During some rough situations in life I’ve somehow almost always found a way to laugh. It helped. But laughing at myself when I was a poor, angry, yet super smart young ruffian? Nearly impossible! Then at some point in my life when I was at my most evil, I broke. The wall came down permanently. That made life a little easier. Your ego takes a bruising. You get humbled. Your guard drops. And people like this. My wacky sense of humor kind of became my trademark. My sarcasm is brutal! Plus nobody likes that dick who can’t take a joke or a good rubbing at his own expense. Laugh at yourself. Shit laugh at yourself first! You’ll thank me for it.

Those were the 10 greatest lessons I learned in life so far. I know this was a little different from usual t-blawg posts. But I hope you found this helpful. And if you didn’t, then take about 30 minutes and list what you think are the top lessons you learned about life so far. It’s really an eye-opening event. I enjoyed writing this post. And it also reassured myself about my own awesomeness. I need reassurance people!!! 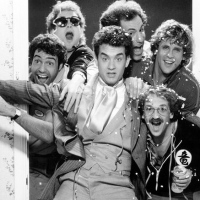