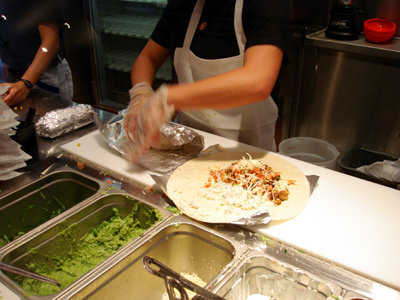 We live in a world of expensive taste. Expensive things. I get it. I make a good living. I can afford nice things. But there are some things in this world that are way too expensive for no good reason whatsoever and it pisses me off! It’s not the money. It’s the principle! Some people have a lot of balls charging ridiculous prices for everyday things. And these things should not be expensive! You want to know what they are? Well I’ll tell you dammit. And I’ll also let the world know how much they should be and why.

Razors
I live in downtown Boston and I pay $18 for a 4 pack of razors. Are you shitting me??? Do I get a reach around from some CVS cashier in back for paying that much? I’m Italian so I should shave everyday. But I like a day’s stubble on my face so I go every other day. But if I shaved everyday like I’m supposed to according to corporate America guidelines, that means I’ll go through a razor a week. That’s $216 a year on stupid razors! A pack of razors should be $6 tops.

Gym Memberships
Downtown Boston gyms are ridiculous. A lot of people just pay to either not go and say they belong to a certain gym or go like once a month to say they workout. And monthly rates vary from $80-$300 a month. That is nuts. I grew up in a neighborhood where I paid $19 a month. It had rusty weights and treadmills with shards of metal sticking out that could kill you. That’s all I needed though. I don’t need a pretty gym. Just give me the basics. Unfortunately, I don’t have a basic cheap gym option in downtown Boston. But I have a way with words and negotiated a set $69 a month for a high-end gym. But no way should any gym membership be more than $30 a month. No way.

Christmas Trees
I’ve never been big on getting a Christmas tree while living on my own. Never saw the point. I mean Santa hates my guts. I don’t have kids. I’m not in a serious relationship. Why the hell would I get one?! But I’m also anti-fake trees. They look stupid. If you’re going to get one, might as well be the real thing. I’ve gotten one like 3 times in my life. And I hate paying what they ask. And I see what people with kids are willing to pay for these future fire hazards. Like around $60-$150. Really?! The thing will be dead in like 2 days and all you really get from them are fucking pine needles in your car trunk and all over your house for years later. Why pay that much? They all should be $15 max. Or pull a Clark W. Griswold and go steal a tree by ripping it out of the ground. Preferably from your asshole neighbor’s yard.

Mixed drinks
I drink Jack Daniels & Ginger Ale. It’s My Signature Drink! When I go out in Boston, it costs me an average of $10 per Jack & Ginger. Now I did the math. I can buy a 750ml bottle of Jack at the liquor store for $18. A bottle of ginger ale is $2. That’s $20. And I can get a solid 13 buzz worthy drinks out of that. For $20. That would cost me $130 at the bar for that shit, tip not included! And the bar/lounge/club gets that shit from a distributor even cheaper than what we pay at the liquor store! The bar spends around $12. That’s $118 profit per bottle. WTF?! That is ridiculous. A mixed drink in any city should not be more than $5.50 per drink. Period. Make this law!

Cologne
Really?! I like to smell nice. I do. So I have no choice. And it’s Bro Code. But they come in like dixie cup sizes that last like a week! $42 for like a 7 spray bottle?! $70 for like a 12 spray bottle?! Go fuck yourself Ralph Lauren! Somebody invent some good smelling cologne that comes in a jug for around $18 that lasts 5 years! Call it Man Shit cologne. Thank me later.

Cable
I pay $173.19 a month for my HD cable with DVR/HBO and wireless internet. No need for a home phone. I hardly watch TV live except for sports. But I need this package. The cable people are criminals with licenses to legally operate. It’s bullshit. They try to ass rape you every time their service or equipment stops working too! It’s their fault, yet we have to pay. My combo package should be no more than $37 a month. If I was still a young asshole, I would be stealing cable like my father did when I was a kid. He was right about that. Probably the only thing he was ever right about.

Dry Cleaning
I only wash my gym clothes, socks, boxers, t-shirts and towels. The rest of my stuff I send out to the dry cleaner. Been this way since I was like 14 years old because as much as I love my mother, she couldn’t wash clothes for shit. My stuff would turn colors and shrink every damn time. I looked like a Hawaiian hippie wearing baby clothes. But as a grown man who wears suits to work and likes to have nice clothes, I rack up one hell of a dry cleaning bill weekly. Why the hell does it cost around $16 to dry clean a suit? It’s just a pair of pants and a jacket. $3 for a button up shirt with a little starch?! $7 for a pair of pants?! My dry cleaning can max out at almost $100 a month. I should be paying $35 max. I should look into buying some dry cleaning equipment for my house. Start a home business. Hmmm.

Milk
I pay an average of $5.19 for a gallon of milk. I drink a gallon a week. Been drinking skim for about 15 years. Shouldn’t skim milk be less than whole, 2% and 1%?! I think so! But it’s not. That’s some bullshit. Milk is still from a cow right? I mean is the planet running out of friggin’ cows or something? They’re cows. Not snow leopards. Milk should not be more than $3.25 a gallon.

Movie tickets
I’m a movie guy. I go for pleasure. For my business. I see every movie. EVERY movie. So I go every week. It’s $11 a ticket. $13 if I see a shitty 3-D movie. If I take a date and get her some popcorn and a drink? You’re talking like a million dollars a year for me! No exaggeration. Come on Hollywood! You’ve been putting out shit for years. Drop your ticket prices. A movie ticket should be $4 tops. And if the movie sucks, I should get half back right?

Chipotle guacamole
Oh you fuckers. Hey I like guacamole on my damn burrito. Wow. That sounded dirty. What I don’t like is having to pay an extra $1.95 to get it on my burrito at Chipotle! What the fuck are they thinking?! It’s guacamole! Not oil. Not gold. Guacamole. Assholes. This shit should be free of charge just like all the other options I have for my burrito. Smarten the fuck up Chipotle!

So those were my gripes on everyday things that are way too expensive for no reason whatsoever. I gave my suggestions for what they should really cost. Can we get somebody on this? Thanks.

What do think? Agree or disagree??? Anything rub your ass the wrong way that you would like to vent about and suggest a cost that you think is proper? Let me know here on t-blawg or on Facebook or on Twitter!

Until next time. Always take it there.
T