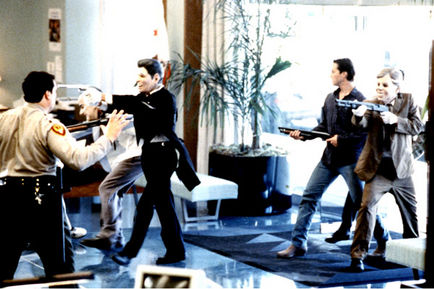 t-blawg.com has been around for almost two years. It started off as a blog for friends of mine who wanted to see more from me than facebook updates and less from me than my scripts. Boom. I did just that. Since then it has taken on a life of its own and I have come up with a master plan for t-blawg that will make it more than a blog thanks to all the cool people who read it and thanks to my crazy, ambitious mind! Thank you everyone for reading and keep reading and keep sharing. With that said, in the less than 2 years since t-blawg has been around it has been ripped off by so many piece of shit hack bloggers (big & small), tweeters (well known & hardly known), writers (if you could call them that) and sites like you wouldn’t believe! And I’ve let it go. Until now.

I am a one man show! I have a full time job. I also write a lot of material beyond this site. I don’t have the time or resources to put out daily content. I don’t reach millions of people. I don’t have links and ads generating revenue. I’m one dude doing something that I enjoy and it entertains tens of thousands a month from a weekly post and some tweets! That’s it. And let’s get something straight you plagiarizing fucks. You’re not me. You’re not T. I write about my life. Who I used to be. Who I am now. And who I am trying to be. In between all of that, I try to entertain by sharing my opinions like only I can. With some in your face, funny ass realness. It works because it’s me. But it doesn’t work for you because it’s not from you. It’s from me. Who am I talking to? I’m not naming names to help them out. But I will put them on blast juuuust enough.

It doesn’t work for that shitty Boston “Men’s” magazine/blog who rehashes shit article after shit article. Full of typo plagued, weak ass, poor Howard Stern slash wanna-be soft porn garbage. You’re a diddler who puts underage delusional waitresses pretending to be models on your cover and on your site. BTW. I hooked up with a lot of them back in the day. You never did. Or could. You’re no Hugh Hefner bro. You’re not even Larry Flynt. Your magazine and website is only for dudes in company sales pits who can’t let go of their frat days 10-15 years later. Fuck you and your shit. Stay away from my articles, my tweets and my followers. You’re a hack. And Tom Brady is going to fuck you up. Stick to reposting YouTube videos that everyone has already seen by the time it gets to your site.

That so-called Boston news website owned by a corrupted Boston newspaper. You allow “writers” to post articles on your site and readers are supposed to be able to comment on those articles to show that you are the “people’s newspaper.” Oh wait. Because the people actually only get to post comments on articles that get “approved.” Deemed worthy by your crack staff. Freedom of speech? Freedom of the press? My ass. Don’t rip off my shit and try to pass it off like one of your writer’s travels. That was weak. He never went to Disney and did what I did. Fuck him. Mulan wouldn’t even look at him!

My major beef however is with that piece of shit poor man’s Maxim “Guy’s” website which has blatantly ripped off a number of my posts by at least 4 of it’s pathetic hack bloggers. Not only do these articles have my content but they have my titles, my style, my list format and patented 3 act/paragraph format. And I went at the editor in chief personally and the piece of shit denied it and then blocked me on Twitter and never responded to my emails. Your site is pathetic like you. You have t-blawg envy. I bet you use my words on your girl at night trying to act like you are your own self-made man. By doing this it clearly shows your lack of talent, ambition, confidence and originality. She’s definitely banging all your boys.

What t-blawg posts have been ripped off you ask??? Well. Let me tell you.

I think it’s fucking pathetic. If you can’t come up with an original thought or can’t write anything entertaining then don’t rob t-blawg and try to pretend you wrote it. I know you’re reading this right now. I know who you are. Get off my dick. I’m not naming you to give you free publicity. I’ve approached each of you directly in private. You all suck at life and suffer from T envy. I see your blogs, your sites, your magazine articles, your facebooks, your tweets and your IP addresses repeatedly on my posts that you rip off. Hell. Even the hot women of Boston and Twitter that I tweet and flirt with have been approached by my imitators begging to be tweeted and followed. Just ask Maria Menounos, Erin Hawksworth, Eliza Dushku and Playboy itself to name a few!

There is a side to me beyond the writing. Beyond the funny. And I will shit on your sites/blogs. And I will shit on each of you. I will approach each of you in person out and about when I see you in Boston, NY, LA and Chicago. I will approach you like a man. And if it still goes on, I am not above going to your offices where you create garbage and rob geniuses such as myself like a maniacal demon looking for revenge! And I will get it. One way or another. Maybe not today. Maybe not tomorrow. But it’ll happen. I know you’ve been reading t-blawg for awhile now so you know I’m capable of some fucked up shit. Stop it now. Or I will take it there. Consider this a warning shot. Next time I shoot to kill.