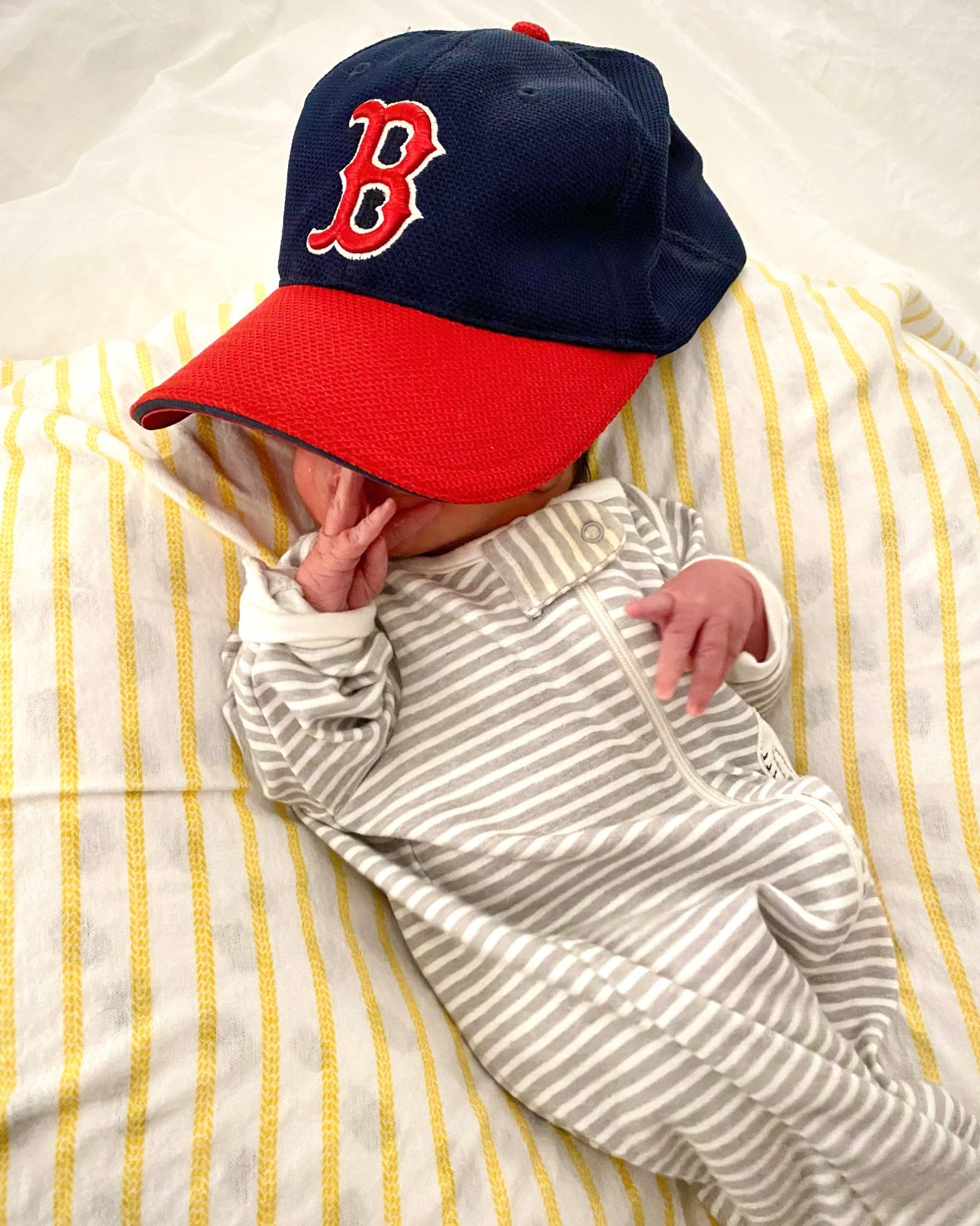 I’ve mentioned before that I am a huge Boston sports fan right?! Oh yeah. Been a fan my entire life. Back when all our teams sucked. And I mean they sucked. A young T actually cried himself to sleep when that ball went through Buckner’s legs. Last time I ever cried too. Then our teams became awesome! Like I did. But now we are starting to become normal again. Unlike me! Sports are cyclical. We had a lot of great games. From crap to a decade of dominance from 2001-2009. 3 Super Bowls, 2 World Series, 1 NBA title and a shit load of broken records. And I’ve been to a lot of games to see both the shitty side and the awesome side of my Boston teams. Some of these games have great stories. Better than the actual games. So sit back while I whip out some of my “Epic Game Moments”!

Red Sox vs Brewers 1985-1st Red Sox game
This was my first Sox game. My mother managed to save up $16 and bought us 2 bleacher seats. That’s right. Sox tickets were actually $8 face value at one time. Unbelievable! We sat close to my favorite Sox player in right field, Dwight Evans. The first time seeing, smelling, hearing and feeling that energy on a Summer night in Fenway can’t be put into words! What makes this game epic is not just the game itself but the fact that my mother left at the top of the 2nd inning to go get us pretzels. She asked the couple behind us, who were complete strangers by the way, to watch me. She didn’t come back until the bottom of the 7th inning. She got lost in Fenway Park! She threw my cold pretzel at me and said “Never again. This place is crazy.” I asked her “What if I got kidnapped while you were gone all this time?” To which she replied “Who the fuck’s gonna kidnap you?!” And you know what? She was right. I never got kidnapped. Ever. And she hasn’t been back to Fenway since.

Red Sox vs Yankees 2002-1st Yankees game
This is not only epic for being my first Yankees game. And Roger Clemens trying to get his 299th win against us. But for the epic story that evolved from this game. I would have to dedicate an entirely separate post to it. Because it started a legendary feud between myself and Jason Giambi that is still going on today! The key players involve myself, Giambi, 2 of my cousins, Derek Jeter, Leonardo DiCaprio (Yes that Leonardo), the Boston police, Josh Duhamel (Yes, Fergie’s husband), the SARs disease, ESPN commentators and at least 4 near arrests! Everybody should have a famous archenemy. Well, I got mine. Fuckin’ Giambi.

Patriots vs Bills 2002-1st game in Buffalo
Drew Bledsoe got the hell out-of-town after he witnessed the greatness that is Tom Brady after he brought us our first Super Bowl victory. Bledsoe went up north to Buffalo. So my buddies and I started our almost annual Pats/Bills trip that year. What makes this epic is how I shaved my head and while drunk, had a couple of hottie Pats groupies paint “Bills Suck!” on the back of my head. Tom Brady threw 3 touchdowns and every time we scored I got up and pointed to the back of my head to show 60,000 Bills fans how much I thought their team sucked. The Pats won 38-17 and Bills fans actually came up to us after the game to shake our hands and congratulate us on a great team. This just showed how Buffalo fans are such pussies. Boston fans would never shake the hand of the opposing team’s fans after a loss in our house. Never!

Celtics vs Magic 2009-1st Celtics playoff game floor seats
The Celtics won the title the year before. But Kevin Garnett was out injured this year for this game. The Cs would win this game but lose the series. But I had the sickest seats and a girl with me that practically would come to my house, kick in my door and try to rape me 4-5 times a week. She was a freak!!! And the high that this game put her on was unreal! And I reaped the epic benefits that night. Oh yeah. Thank you Celtics.

Game 1 of the Red Sox World Series 2004
This was game 1 of the first Red Sox World Series since 1986! Boston baseball in October!!! We came back down 3 games to nothing to beat the Yankees the series before! We were offered $5000 apiece to sell our tickets! We paid $50 face! We partied with Ben & JLo. Aerosmith. Kelly Clarkson. James Taylor. Don & Remy. Jimmy Fallon & Drew Barrymore. Even fucking Cliff from Cheers. We would sweep the Cardinals and a bunch of “Idiots” would finally break “the curse”. The game itself this time was epic. And I was there.

Bruins vs Canadiens 2009-1st Bruins playoff game ever
The Bruins swept the Canadiens but would later lose to Carolina. This is hockey’s version of Sox/Yanks. And I was there….with….wait for it….an epic young hottie model. I was the envy of all the trailer park trash fans in our section. The game was great. She was epic. Then she ended up hating me. Oh well.

Patriots vs Chargers-AFC Championship 18-0 game 2008
My brother-in-law and I broke our Pats single season games record that year. We knew something great was happening. We all did in Boston. We went to 3 regular season games. To the Jets game in NYC. And then the last home game of the season. That season we saw Brady break the TD record. Moss broke the TD record. The team broke the points record. Followed by our playoff win over Jacksonville for 17-0. Then the AFC championship game to reach 18-0! It was unreal. We were perfect! You couldn’t touch anybody in Gillette that night because we were all on cloud nine after that win and we all knew we were going to have the perfect season of 19-0. We even had our Super Bowl plan together. We had tickets for $400. The flight. A place to stay. But then work kept us both home. And the Pats…..lost. 18-1. We’re both glad we didn’t end up going. Because we would both still be in jail for killing Giants fans. But that 18-0 game high was epic.

Red Sox vs Angels-Marathon Monday Debauchery week 2007
Patriots Day is a Boston only holiday. AKA Marathon Monday. The Sox also play on this day. The day is one big party. This wasn’t my first Marathon Monday game. Been doing it for years. This year however was different. It started one of the craziest weeks of my life. I started the week partying for the game/marathon/holiday with friends and 2 girls, yes 2 girls I never should’ve been involved with. I also worked with them. And they were best friends. Two days after the game I hopped on a flight to South Beach. The day after that, on a 5 day cruise with both of these girls to the Bahamas. I drank and partied for 7 straight days that covered 2 cities, 2 states, 2 countries, another random hottie girl thrown into the mix who definitely roofied me in SoBe, a lot of sea sickness, yellow Bohemian cocaine drug dealers, killer waves, a Miami Vice frozen drink addiction, happy hour every hour, managed to get second degree burns on my head, Sox/Yankees games in Spanish, a KGB princess, homemade Bohemian alcohol in coconut shells and would later end up losing my job when I got back because of what happened that week. Oh and did I mention that none of the girls speak to me at all anymore? Hey things happened that started at this game. Some good. Some bad. All of them epic. And only shit I could get into!

So those were some of my epic game moments. Believe it or not, there are actually a few more game stories that are even crazier than these. But I’m still not sure if blogging counts as admitting to a crime or not yet!