I’m in the twilight of my legendary years. It’s true. I’m in a transition phase. Not sure how many epic adventures as a single crazy guy I still have in me. There has been a shift towards more serious things in life. So while I’m not dead yet, I can’t be a legend. So I like to think of myself as a living legend. Alive and able to tell the stories that make me legendary. Now you may say that takes a lot of balls. That’s cocky. I’m delusional. All are true. No argument from me. But if you’ve been a fan of t-blawg you know I live in my own world and I like it there. I’m not here to debate with you whether or not I’m a living legend. I’m here to tell you how you can become a living legend too. Here are the steps in becoming a living legend if you want to stop being so damn lame. Be warned, it is no easy feat to accomplish.

Step 1: Have an Epic Birth
You really can’t control this one. Unless like you stab the doctor on the way out. Me? I didn’t have a choice. I was dying before I was even born. I was born with the umbilical cord around my little baby neck. After it was removed it turned out I was a blue baby.  My ass couldn’t breathe. So many tests were done on my blood, heart, lungs. One night I just stopped breathing. The doctors came in and performed a tracheotomy on my little baby throat. They told my mother they couldn’t find out what was wrong with me and I would die. So I flipped my itty bitty baby middle finger and said “Fuck you death!” I started breathing on my own. They kept me in the hospital for 3 more weeks under observation. They had no idea how I recovered. I didn’t come home until I was 6 weeks old. I finally covered up the trach scar with a tattoo which shifted down towards my clavicle over time two years ago for my birthday. Epic…fucking…birth. Owned!!!! Top that you normal, crying out the womb pussy babies.

Step 2: Spit in the Face of Adversity
When I was a little kid I had a boatload of things going against me in life. Shit most kids should never have to deal with. The worst was a lot of people wrote me off at such a young age that it drove me to bust my ass and succeed in life. As much as I’d like to say I’ve achieved success because I like to succeed, it’s really because I like to spite even more. Anger, spite and ambition beats out any amount of adversity. It’s not healthy. You probably will need therapy one day. But you will find a way to win. Legends don’t lose. They win baby! That’s what I keep telling my psychiatrist. And my reflection. Multiple times a day. Excuse me while I take my happy pills bitches.

Step 3: Shock and Awe
People think you are one way. You think you are another. And then you do something entirely out of left field that has people saying “Don’t fuck with T. You know he’ll do something crazy.” My late angry teens and most of my wild illegal twenties had a lot of people saying that about me. I didn’t intentionally try to shock. I just did. It was liberating. Living legends shock themselves because it feels good to go against the grain. Do it. It changed my life and who I used to be. Just be ready to deal with the long-term residual effects. I still have so many people who hate me. Or are afraid of me. Or want to kill me. Oh well. Shit happens.

Step 4: Almost Die
If you survive step 3 that means you almost died. At least once. I can count at least 7 times I should’ve died including my epic birth. Seven! Five I can’t speak about because it could incriminate me and some close buddies. I’ll save them for the “Epic T Movie” one day. The one I can talk about is a New Year’s Eve party at my buddy’s house. His parents would go away every Summer and New Year’s and we would party like animals. One New Year’s I was dared to drink and smoke everything handed to me. And I never back down from a challenge. I started at 7:00PM. I smoked an entire blunt packed with a whole dime bag. None of that cheap shit either. The real chronic. I also drank everything we had in the house. Combined in one big ass glass. Shit was gray and bubbling. SoCo+Vodka+Rum+Bicardi Limon+Hennessy will give you gray bubbling shit. Fact. I also cleared the 3 chamber bong every time I was asked. Which was about 7 times. I didn’t even see the damn ball drop at midnight. I puked my organs out all night into the kitchen bucket. Being the tough guys that we were, none of us could go to the hospital unless we needed stitches. Hello. Bro Code yo! So I made peace with myself as I blacked out looking into the dark bucket. Then I somehow woke up the next day from my coma. I was grateful. Never smoked weed or partied like that ever again. That New Year’s was legendary because I lived to tell the story.

Step 5: Never Waiver
If you don’t stand for something you will fall for anything. Cliché but true. If I gave in or did things the way people told me to, I’d either be dead, in jail or never would’ve accomplished anything. If you’re going to make a choice, going to do something, then go all the way with it and don’t question yourself. Let people doubt. Let them hate. Let them be jealous. Just keep at it. A legend is a legend because he did something at some point that wasn’t easy and will have people talking about it forever. Remember that when you want a life beyond that 9 to 5 working for somebody else who you know you could do better than. Also be prepared to end up alone face down and half dead in a ditch somewhere you don’t even recognize, only to be awoken by little kids poking you with sticks speaking a language you’ve never heard in your life. Small price to pay for eternal awesomeness I say.

Step 6: Have a Story to Tell
I get into shit and love that I lived to talk about it. I can command an audience. So much everyday shit can become an epic story for me. For example, a simple tale about getting a tattoo became legendary. I got my first tattoo with my two closest buddies by an MMA fighter when the UFC wasn’t even legal in the US and tattoos weren’t even legal yet in the state of Mass when I was 19 years old. We each got tatted up. But before I got to get my ink I was put in an arm bar by the tattoo artist. I didn’t tap. He liked that and convinced me that my arm was worthy of his tat. After I got my first ink the three of us went to our favorite local Chinese food restaurant. The owner, a friend of ours, saw my bleeding bandaged tat, slapped it and said “If I ever get a tattoo, I’d get one on my dick”. We all laughed, drank and ate while bleeding. A thousand tattoos, a thousand stories and a thousand years later between the three of us and we’re still close friends and always have that story to tell. A simple story made legendary. Just like that.

Step 7: Become Awesome
If you live through steps 1-6 then that means you have really lived. And by living that way you should now have a story or 2 or 3 to tell and you should also have some stories others tell about you. This means you are a legend. Take that and combine it with the fact that you still have the drive to do more in life, then that means you are a living legend. And living legends are fucking awesome. You know why? Because I said so. I have the credentials to prove it. 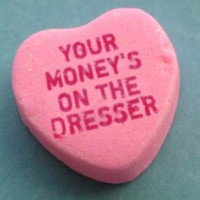 Throwback to this past weekend in Las Vegas, Nevada
Put the wide angle lens to use on the Strip...
And there it is...
I had a UFC 246 shirt on all day in Vegas. Tats out. Bearded up. About 10 different guys came up to me to ask who I had in the fight. I said I was betting on Conor to win... and in the first round. They all said Cerrone. I said ok... 🤷🏻‍♂️
Conor has arrived!
As I pack up to head to Las Vegas for the weekend to watch Conor McGregor return to the cage...a little throwback to Las Vegas 2017!