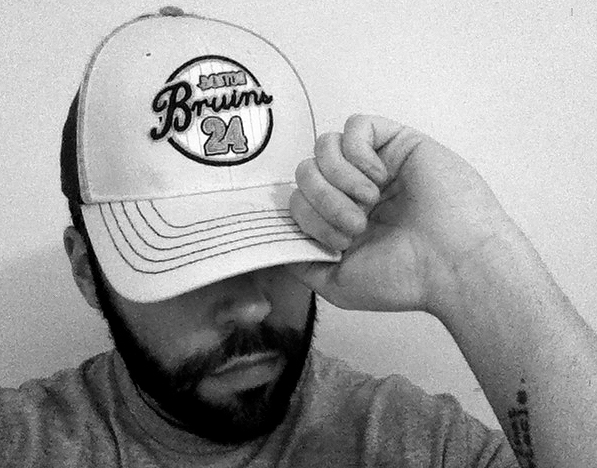 That’s right. Boston is “Titletown” and nobody else can claim that. I can turn this post into one hell of a bragging rights session about Boston’s sports dominance because let’s face it. Nobody can talk Boston better than me. But I’m not going to do that. Not today anyways. Instead I am going to write about why the nickname “Titletown” is more than just about the championships and bragging rights for my city. I would like to direct you to the pic just above. Oh snap. Is that Milan Lucic?! No. It’s not. It’s me. Rocking my “#24 Terry O’Reilly” Bruins hat and my Bruins playoff beard. That’s right. A full length playoff beard and my favorite Bruins player as a kid. That’s how far back I go. That’s how loyal I am. That’s Boston. Pure, loyal, hard-working, fighting, earning every inch and every win, Boston. And the Boston Bruins recent Stanley Cup championship has shown that. Just like how I showed my loyalty every day during their playoff run by going months without shaving. To show my dedication to my team. To my city. The Boston Bruins were the last of the “No championship winning. Boston sports teams suck. Wait ‘til next year.” teams. We waited. We fought. We stayed loyal. All of us. And yes I use the term “we” when describing my teams. My city. Its people. My people. Why? Because that’s “Titletown”. That’s Boston.

As a little kid I wore my Easter basket on my head and took slap shots of foil puck balls off of my grandfather as he played goalie with his slipper. We were the Black and Gold. Not the Black and Yellow for all you come lately bandwagon pink hatters! My old Italian Papa and I were the Bruins and they never won The Cup when my grandfather and I had our time together before he passed away. This Stanley Cup win was for him. For me. For Boston. Just like the Pats did it for us. Just like the Sox did it for us. And the same as the Celtics. The teams represent the people. Our heart. Our class. Our love. Our loyalty. Our sports teams just give us the spotlight we need to shine every now and then. But it’s always there. Always was. Always will be. The 2010-2011 Boston Bruins were the last of the losers in other cities’ eyes. But never in the eyes of Boston. The Cup just made it official. We all knew we would win it. Eventually. It’s not optimism. It’s just how we are. We are confident enough to know we will win and never falter when the naysayers say we can’t. We won’t. Because Boston will win. Just like me. Just like everybody else with Boston blood in their veins.

History shows all the great battles that took place in Boston. All the wars fought. All the blood spilled. And I’m not talking about sports now. I’m talking about Paul Revere. The Revolutionary War. The Boston Massacre. This city has been fighting, kicking ass and winning way before it had any sports teams. It’s people are a part of history. Hell, even the Kennedys come from my old loyal & tough as nails neighborhood of Eastie! We’ve always fought here. Still do. We’ve always strived to be the best. We work at it. You see it. You hear it in “The Accent”. You see it in our ever-growing popular Oscar-winning Boston-based movies. And you now know it from the 10 years of complete and total sports dominance. Boston was always “Titletown”. Will always be “Titletown”. Whether our sports teams are putting trophies in cases or not. We know we’re “Titletown”. We know nobody else can make that claim. And now you all know it too. Boston….what?!