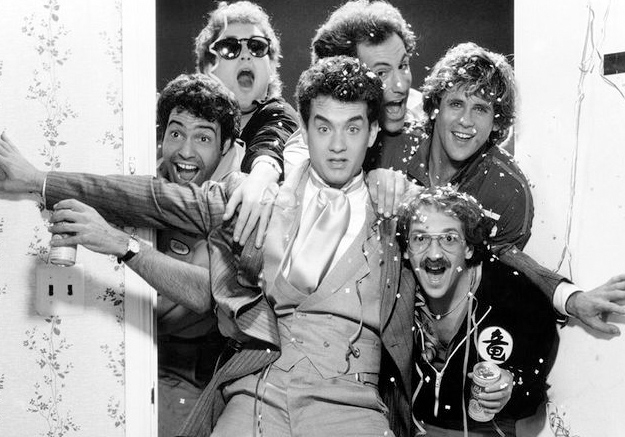 If you’ve been reading t-blawg, then you know I’m a real believer in Bro Code. Seriously. First there was my “I Respect the Bro Code and You Should Too” post. Which has reached iconic status. Google it. Then there was the “Bro Dress Code.” Which has reached epic proportions. Google that too. And the last chapter was my sure to be legendary “Bro Strip Club Code” post. Today I am here to add an interesting chapter that most men don’t talk about outside of their inner Bro Circle. They don’t want this part of the Bro Code public. And hey, I get that. I really do. But it is my responsibility to share my life knowledge right here on t-blawg.com! It’s what I do. So today I reveal the latest chapter in my Bro Code rule book….the “Bro Bachelor Party Code.” Wait! Hold on! Slow your roll. Don’t worry fellas. I’m not blowing up your spot. My spot. Our spots. We’re all in this together. The about to be married. The married. The single. The rules will be given without any incrimination. Trust me. T knows what he’s doing here. I’ve been in 6 bachelor parties in my life. And I know tons of other guys who have as well. These rules come from and for us all. The “Bro Bachelor Party Code.”

Thy Bachelor Party Email
A generic email is sent out with a subject line like “How about that game last night?” from the best man and brother(s) to all the bachelor’s bros. Make sure it’s secure. Just in case any outsiders like girlfriends or wives may read it. Tell all the guys that the bachelor party planning has been initiated. Email back if interested. Boom. No details yet. Hash that shit out once you get the replies.

Thy Two Types of Bachelor Parties
There is the home. And there is the away. You can have one. You can have both. Sometimes there are a few. Either way, this must be communicated to the bachelor and the participants. Everyone must be allowed the essential allocated time to plan. Many bachelor parties get fucked up because there is a failure to communicate. Don’t fuck it up!

Thy Bachelor Party Essentials
All that generic golf, spa, camping, fishing shit etc. can or cannot happen. This is the real shit right here! Dinner-to please the old fuckers and weirdos so you can get rid of them and the bachelor’s future in-laws early so the ugly shit can then happen. Booze-goes without saying. Transportation-to get every single guy around. Especially the bachelor. Naked Girls-whether it’s a strip club, strippers in a hotel or getting regular chicks naked on the party bus, it must happen. Casino-Vegas or the local Indian casino. Doesn’t matter. Find one.

Ye ‘Ol Bachelor
It’s about him. Period. But he has no say. And can’t know what is going to happen ahead of time. This way he can’t get into shit with the bride to be before the party and say something like “Suzie doesn’t want any gambling or strippers.” Yeah ok buddy. Fuck Suzie. So you don’t tell him shit! And he must get drunk within proportion to what you are doing to him. He will need to be functional enough to take the whole night in. Bachelor party bros’ job is to make sure the bachelor has fun not die. His wife can slowly kill him over time after the honeymoon. Zing!

Ye guys go to dinner
Have this dinner. Nice and early. For the bride’s dad, uncles, brothers and cousins. Feed them. Chat them up. And then let them know it’s time for them to go. Be nice. But be firm. I don’t give a shit if the bachelor thinks any of them are cool. These guys are not a part of the inner circle. They will make the bachelor feel weird during one of his lap dances or 82nd shot. Get rid of them. All of them. Even his dad and annoying, weird hillbilly relatives. Shit just got real.

There shall be no physical proof the party ever happened. Ever.
If you bring a camera you get punched in the face. If you take a pic with your phone, it gets smashed in your face. If you check-in/foursquare in any place on the bachelor party path, you get stabbed in the face.

There shall be naked women
Doesn’t matter if the bachelor was firmly against this. He’ll be happy as a pig in shit when he has some big ass titties in his face. Whether it’s on the bus, in the club or in a Vegas suite in the Bellagio the naked women must happen. It’s his last hurrah. Whether he engages in sexual activities or not with them is totally up to the bachelor. Just pay for him. Don’t ever judge him. And always act like it didn’t happen. He may be a douche for doing it, but it’s his party.

There shall be gambling
A card game. A casino. Flipping fucking quarters behind the 7-11. An intense game of friggin’ Uno! Whatever. Gamble!

There shall be lots of booze
At the dinner. The bus. The hotel. The bar. The strip club. The club club. Booze all over the place! The bachelor should have a drink at all times. Doesn’t need to double fist. Just never thirsty.

There shall be no communication to thy outside world
No phone calls. No texts. No facebooking. Not for the groom. Not for anybody! Who the fuck are you talking to at a bachelor party while you’re smashed and have 2 naked chicks molesting each other on the stage in front of you anyways?! Just take the groom’s phone from him right after the dinner.

Thy groom never ever sends flowers to thy crazy bride
This admits guilt or will make the bride think you’re guilty of something even if you didn’t do anything dumb ass. It isn’t sweet. It isn’t smart. Shut up. The guys must make sure the bachelor doesn’t do this on an away bachelor party. This is a major bachelor party foul.

All bros shall pay. No freebies.
Any cheap dudes need not come. Seriously. Bachelor parties are not cheap. If you can’t participate, stay home. Nothing personal but nobody likes that guy who can’t pay when it’s his round. Or doesn’t throw in for any of the entertainment or anything. Just stay the hell home and take the bachelor out for some drinks on your own.

There shall be fear!
Sometimes the occasional bride brother or rat bastard cousin makes it on the whole bachelor party run. As the bachelor’s bro it is your job to either install fear into the hearts of them or pay to have some dirty sexual shit done to them to keep them silent. I’ve offered to kill a couple of the bride’s brothers in my time but the bachelor stopped me. So I just threatened the shit out of them then had a hot ass waitress do mouth to mouth shots to them. It worked.

Thy Bachelor Pays for Nothing
Not a single drink. Not one cover charge. Not one gas station stop snack. Not one lap dance. Not one hand job. NOTHING!!! I’ve seen too many bachelors pay out of pocket for shit on their bachelor parties because their buddies were either too cheap, broke or selfishly looking out for themselves to cover for them. Bullshit. He doesn’t pay. That’s it.

So there you have it. The latest chapter in T’s Bro Code. The Bro Bachelor Party Code. I don’t want to see any dudes messing up any other bachelor parties from this moment on. Or even speaking about them. Ever. You now know the deal. It has been written, so shall it be!

What did you think of the latest Bro Code chapter? Is it right on? Did it help? Did this one break Bro Code? Let me know! You know the deal. Right here or on Twitter and Facebook!