Just three T-pisodes in since my return and I’m already doing a dating T-pisode? Yep. Nope. Sorta. I have T-pisodes ready to go about life, my adventures and opinions on everything already written during my hiatus from here but I wanted to put this one out. Fresh. Straight out of the oven. And it’s about the dating game. Or the lack of the dating game. Was I dating while I was gone? A little bit. Here and there. Am I single now? Yes. But what about everyone else? I quit my site to write a book, focus on my day time career, rebuild my health after an injury, go to Pats games, enjoy the holidays with family, cut back on dating to focus on myself and did my best to stay in the damn house a lot during the worst Boston winter ever to stay out of the mix and drama I used to get into. Sometimes it found me though. Sometimes I found it. But everyone else…what’s your excuse?

The term “cuffing season” is so damn stupid. “Slipping into DMs” is for losers without real life game but have plenty of balls behind a keyboard. “Tinder” swiping will get you laid and STDs. Women labeling themselves “bad bitches” while knocking every dude not interested in them as “fuck boys” will never meet respectful men because they don’t even respect themselves. Men calling women “basic bitches” and “thots” are straight douchebags and deserve to get played. People’s idea of flirting now is sending eggplant & peach emojis instead of talking. Too many people rather stay in on a Saturday night sending snaps of their tits and dicks instead of getting done up and going on real face to face dates. And how about “Netflix and chill” as a spineless way to get a girl over? Seriously? Late night Uber rides are the new walk of shames. You all have been relegated to seeing that green light pop up on Facebook Messenger and so quick to write “hey stranger…lol” at 2AM. “Thirsty” for attention but never a real connection. Gotta get those “likes” right??? Filling your lives with “side chicks” and “side dicks” because you fear taking a real chance with someone. And almost everyone thinks they don’t need someone because their shit is “on fleek” enough as is right? THE FUCK?! This is the world we live in now??? This is what I’m coming back to? That’s awful. And sad. And I refuse to be a single guy doing his best to be a gentleman in a world like this. I mean I love a challenge. I’ve faced plenty of challenges in my day but this is just ridiculous. This isn’t dating. This is a society of single people who have given up. Who have lost their way. And I’ll be damned if I allow myself to date this way after all the dating, relationships, hook ups, booty calls, ups and downs I had to go through and experience to become the man I am today. And trust me, this isn’t because I’m older now. Class, respect, communication, love, sex, flirting and fun will never go out of style. You don’t outgrow these things. This isn’t the way dating is today in 2015. I won’t accept it. I won’t tolerate it.

T is back. Not just on here but in every way possible. It’s almost Summer. My book is almost done. My mind is clear. My body is good. I’m getting back to dating. I’ll tell that girl I want to take her out. I will take her out. I’ll pick her up in my nice car freshly detailed. I’ll be dressed to impress as usual. I’ll open her door. I’ll have a reservation. I’ll have two because a gentleman always has a backup plan. I’ll park close to the restaurant because a lady should never have to walk far. I’ll wine and dine her. My phone stays in my pocket. I’ll make her laugh. We’ll have fun. We’ll get to know each other better. We’ll get dessert. I’ll pay. A gentleman ALWAYS pays. Maybe we’ll go to another place for after dinner drinks. Maybe port. I love a good port. Then I’ll take her home. I’ll open her door. I’ll hug her. Maybe I’ll get a kiss. On the cheek is fine. I won’t drive off until she’s safely in her house. I’ll text her that I got home safe as well because she asked me to. Hopefully she’ll then text that she had a good time. Hopefully I’ll text back that I also had a good time and can’t wait to see her again. That’s dating. That’s how it’s supposed to be. And real dating is back. Because I’m back and I say so. 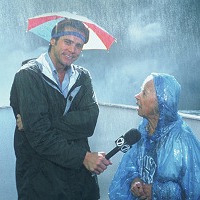 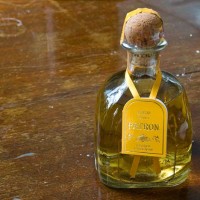