Here is a quick list of some things that should happen after you break up with someone. It isn’t science. It’s common sense. It’s respect. It’s the cleanest way to separate. Try it.

My spots are MY spots
That’s right. If I brought you to a certain restaurant, bar, lounge or museum that I frequented before we met and you’ve never been there until I took you there that means you don’t get to go after we break up. Why? BECAUSE those were and still are my spots. Go back to your own, honey. Thank you.

My friends UNFRIEND you
We no longer need any connection on social media so if any of my friends are friends with you then I will request that they unfriend you. No need to be snooping. No need to accidentally see what is going on in my life and vice versa. The unfriending needs to happen.

Return MY shit…gifts included
This one is petty but if I showered you in gifts…spent a ton on your kids…on your friends…took you away and your gift giving does not match up to the amount of my gift giving then I deserve some of it back. Even if I choose to toss it in the trash. I want my shit back. You don’t deserve it anymore.

Don’t decide to randomly “like” my stuff for attention!
If the unfriending occurs but some of my stuff is still public please do not “like” anything of mine craving attention and looking to start some bullshit back up. No adults should have to block each other but if you want to reach out try like a grownup by phone first. Don’t “like” when I no longer LIKE you. Get it?

Stop watching my shows
This is a personal thing for me but I just think “Game of Thrones” would suck somehow if I found out you’re still watching it if I was the person who introduced you to it. LOLz.

Delete all songs “about” you
Everyone should delete and never listen to any fucking songs that remind them of the person they were with when they first heard the songs. I unfortunately hate John Legend now for this very reason and I liked John Legend before!

These are just some of the things that I feel have to happen after a breakup. What are yours? 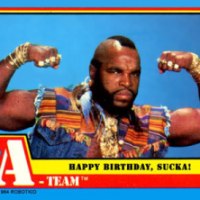