I have said a bunch of times that I like to go old school when it comes to meeting people. Meeting women. Remember this old gem??? But I’m also really into social media. And I’m really into chicks. As you all may have noticed. Hell just look at my damn Twitter and Instagram. But I have to admit right here on T-blawg that I’ve done some social media dating/hooking up in my time. Sure have. Now I’m not talking about Match.com! But I did try that shit once about 6 years ago. Until this chick with the craziest lazy eye showed up and bugged me the fuck out! She was not what I saw on the site! False advertising you Match.com dicks! I’m still trying to sue them. That was the end of Match.com for me. A few years later like everyone else back then I went on MySpace for fun not to meet chicks. Seriously. But MySpace somehow became my damn playground. Anyone who knows me knows that from like 2007-2009 I was a MySpace pimp!!! Well I wasn’t putting girls on the corner for money wearing a purple suit with matching Kangol. Not that kind of pimp. But a pimp in the sense that I met a whole lot of chicks off of that damn site. I was young and it was awesome. Most of the girls were legit slampigs but it was fun for me at the time. After that came Facebook. When I first went on Facebook I added everyone. EVERYONE. Especially women. I added lady friends. Lady friends of lady friends. Ladies from my childhood who were impressed with my comeuppance in life. Just everyone. I had a good Facebook dating/hooking up run. Wasn’t as epic as MySpace but fun nonetheless. Then came T-blawg and Twitter. Oh boy.

I started T-blawg on a righteous path believe it or not. I was ready to end my wild run of “T style” dating at the time. I was getting older. Smarter. Had less patience for drama. But most of all, most of my oats were sewn. Or so I thought. Putting T-blawg out for the world and telling my tales and sharing my opinions exposed me to a world of women and dating I never expected. Women flocked to T-blawg. They became the majority audience. For some reason a lot of women thought I was something special by the way I would let them into the guy’s world. How we think. Why we do what we do. Why we say the shit that we say. And even though my face was tucked away under a hat, my words turned a lot of women on. A lot. It was crazy! I got comments and emails from women trying to meet me. Bang me. Date me. It was cool yet weird. Then Twitter came. That’s what she said. Twitter was a new beast! It gave women live interaction with me. And me with them. Tweets to DMs to naked pics to phone numbers to wanting actual dates. They were relentless. Some normal, classy, cool ass chicks. But most of them? Dirty dirty girls. Welcome to what my boys and I have dubbed the “T-blawg Groupies.” Now I never lie. I did meet up with a few of them. And well shit happened sometimes. Sometimes it was good. Sometimes it was bad. Hey, I’m still a single guy and I don’t have to answer to anyone yo! If a woman thought me being honest and funny was enough for them to want to meet up and I thought they were cute and interesting, I thought there was nothing wrong with that. So I went on a Twitter tear. The “T-blawg Groupies” are an interesting animal. They come in all shapes, sizes and ages. Sometimes they expect me to be “on the clock” like the guy from T-blawg every second. While this site is me, I’m also trying to be entertaining here. I’m a screenwriter. My skill is to tell a story as cinematically great as possible! Honest but entertaining. In person? I’m just a decent guy trying to meet a good woman. Seriously. Go back and start reading T-blawg again if you disagree.

So now after learning what I’ve learned and experiencing some good shit, some bad shit and some downright ugly shit, T is very cautious about the women he “gets to know” from the “online” world. Of course I deactivated my MySpace years ago like everyone else. Because that shit hit suck town fast. Nice job Tom! I deleted like 80% of the women from my Facebook then turned off my personal page because duh….“Bro Social Media Code.” I no longer respond to the T-blawg emails and comments from most women. And I try to keep my Twitter flirting to a manageable level. As difficult as it is because there are some awesome chicks on there. But remember, while I am still single and should be open to all forms of dating I am still a guy. And guys say and do some stupid shit. Sometimes over and over again until that shit registers in our brains instead of our penises. But all single people should be open to all forms of networking. Open to just plain hanging out. We all should. That’s how you meet people. Good people. Sometimes bad people. But like me you need to set rules and boundaries. If I don’t I know that I will spiral out of internet dating control! Because there are so many women out there! So many. Younger. Older. Famous. Not famous. Local. Afar. Dirty. Hot. Funny. Married. Single. MILFs. And most of them can be relentless! And some are crazy. Very fucking crazy. But just like regular dating, us single folks have to get through all that shit to find the good ones and convince those few good ones that we’re not like every other online dude or chick trying to get with them. Not a weirdo. Not a creep. Not a psycho. Not a douche. Not a slut. At the same time I personally want…need to convince these good ones that there’s more to me than being the funny guy they think they know from this site or Twitter. I’m not just T. T-blawg, Twitter, Kik, Facebook, Instagram…they’re all just places to me where I go to have fun. Where I’m extra cool. But I assure you that I’m much cooler in person. More normal believe it or not. Just like most of you probably are too. Remember, in person is where it’s really at. That’s where the good shit is. The face to face. The smiles. The laughs. The body language. The touching. The flirting. In person is where we stop being our internet representatives and start showing the real stuff. And that’s what we all want right? Fuck yeah it is. 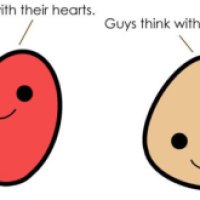 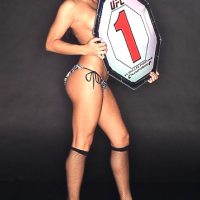