*Way back in T-pisode 187 I wrote about the word forgiveness followed by T-pisode 205 where I defined my version of the word success. Two of the most difficult T-pisodes I ever forced myself to write but felt I had to share. A lot of people want to know more about my opinions on life and how I see things the way I do and the reasons behind it all. So I’m obliging. For the next 10 Mondays 2/17/14-4/21/14 I am going to write about a particular word and show the world how I define it. Something different but I hope you take something away from it all. Enjoy.

Hustle is a word that I’ve always had fun with. I think a lot of it has to do with my love of hip hop. Rap artists tend to throw the word around in almost every song. It usually relates to most of them coming up in the streets and dealing drugs. With no bigger rapper than Jay-Z using the word as his style. His brand. A drug dealer gone good? From rags to riches? He hustled his way to the top. Me? I grew up around a lot of drug dealers but I never considered them hustlers. I considered them either degenerates or just guys who didn’t want to get a job and chased that easy money. But would never call them hustlers. I was never a drug dealer but if you ask anyone who knows me I think the words out of most of their mouths would be “Yeah T…that kid is a hustler.” Why? Because I am.

There are like-minded people, like willed people, like hearted people like myself who would argue to our graves that we changed the definition of hustle. Hustle isn’t a con. Not like the movie “American Hustle.” It’s not the word depicted in rap songs. It’s not a way to avoid working hard on the path to easy money. No. Hustle is the exact opposite of all that. Hustle is getting up everyday and putting the time in at the gym to get your body fit and ready for the toll life takes on it physically. Then getting yourself to your “day job” and making sure you do the best you can for the next 8-10 hours insuring your present and future income. Whether it’s just a job or a career, you bring your best every damn day. You do your job. You do it well. Once you leave the office you spend the next 6-7 hours bringing your passion to life. It doesn’t pay the bills…yet. Some people don’t know why you do it but you know why. You keep it at. Every…single…day. And twice on the weekend. Then maybe you allow yourself 4-6 hours of sleep as a reward for a day of 18 hours of hustling. Even then if you’re a true hustler your brain doesn’t turn off because it wants you to keep going. Your brain, like your body and your soul knows how to hustle. I often write “Respect the hustle” at the end of my social media posts. Sometimes at the end of emails. Your hustle? A good hustle? An honest hustle? Should be respected. Others will admire that. Some will be envious of it. And a lot will be jealous of it. Good. If that wasn’t happening then you don’t have a hustle. You’re not hustling.

If you hustle then you are never content. It doesn’t mean you can’t enjoy and love everything you have it just means you want more for yourself and the people you love. Your hustle reaches outside of your world and into the world of others around you. They see what you’re doing and know that they’re seeing something special. Those are the people you should keep in your life. They’ll motivate you and you’ll motivate them to find their own hustle. Have the passion. Have the fire. Keep your body on point. Cleanse your soul. Feed your brain. Have some fun. Work hard. Then the hustle will do the rest. Want more for yourself and always hustle. “I’m a hustler baby, ask about me.” 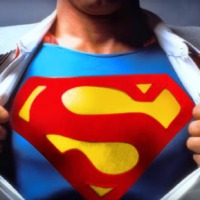 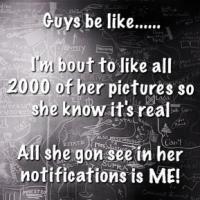