2016 is the official start of “Year VII” for T-blawg. Yes, the site snuck in with about a month remaining in 2009 and now this is the first official T-pisode of 2016. So, it is “Year VII” officially official. And I did go with the Roman numeral due to my love of all “Rocky” and “Star Wars” movies, which are back and going strong as of late. As I prepared to close out T-blawg “Year VI” between my last two T-pisodes of “Festivus” and my “Transition Year” I had to look at all things tied to this site from the site itself to the break I took earlier in the year to the book to the social media pages and had to think about a few things. There wasn’t going to be an “Addressing The T-blawg Nation” T-pisode this time. Oh no. Not this year.

This year I’ve decided to take T-blawg into a new direction. As the site caught up to my life I started to leave the craziness of my past behind. I finished my “Bro Code” chapters and introduced “Grown Man Shit” into the world. Which I still laugh when I see dudes using both but clearly don’t understand either one. Oh you young fools. LOLz. It’s ok though. Keep using my hashtags. Keep tucking your hats low too fellas! Anyway… I noticed that I was giving more advice than just writing and talking to myself here. And honestly? I want to do more of that. This is still T-blawg but I’m going to write in a different voice. More of giving my take and advice on life and topics instead of just telling my stories in a one-dimensional voice with a lesson learned in the last paragraph. With that said, I also want to tell more “Grown Man Shit” stories without having to say “Grown Man Shit” anymore. Yep. I’m giving up the profanity. I swear too much on here and in real life. I want to change that. Also, there will be no more #wouldwife posts. Hell, I’m still proud of creating that but I no longer have a need to give that label to “hot” semi and full celebrity women. I don’t want to “wife” them. I’ve met too many amazing women the last six years and they have given me reasons to make this change. I’m also not going to post randomness on non-Monday days like short posts or YouTube videos. These changes have come the last 6 months if you go back and look. I’m going to post on Mondays only and the hat will stay low. Monday T-pisodes and the T-blawg Pose have always been this site’s core. That won’t change. Twitter will no longer be used for venting. It will be more tweets related to everyday life and opinions of mine. The Facebook page has become mostly links to here and pics from my Instagram so that’ll stay the course. And Instagram will continue to be “Jon Blaze” pics that I skillfully capture!!! The book? It’s coming. By year-end, baby.

So this is the start of something different. T-blawg is still my favorite thing to do while keeping the secret life under the hat thing going. I’m still T but I’m just older and wiser and I do think differently now but I will always reflect on my past as a writer. I’m extremely excited about 2016 for my life both on and off here. This is the place where my worlds collide and I love that I have that in my life. Not a lot of people can say that. Or do what I’ve created for myself and for all of you. So let me swear one last time on here… Son of a bitch bastard fucking fuck!!! And here we go baby….A change is coming. That’s what she said, one last time. 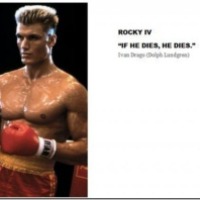 Put the wide angle lens to use on the Strip...
And there it is...
I had a UFC 246 shirt on all day in Vegas. Tats out. Bearded up. About 10 different guys came up to me to ask who I had in the fight. I said I was betting on Conor to win... and in the first round. They all said Cerrone. I said ok... 🤷🏻‍♂️
Conor has arrived!
As I pack up to head to Las Vegas for the weekend to watch Conor McGregor return to the cage...a little throwback to Las Vegas 2017!
Nothing like hitting up Blue Hills on a 65 degree Saturday...in January